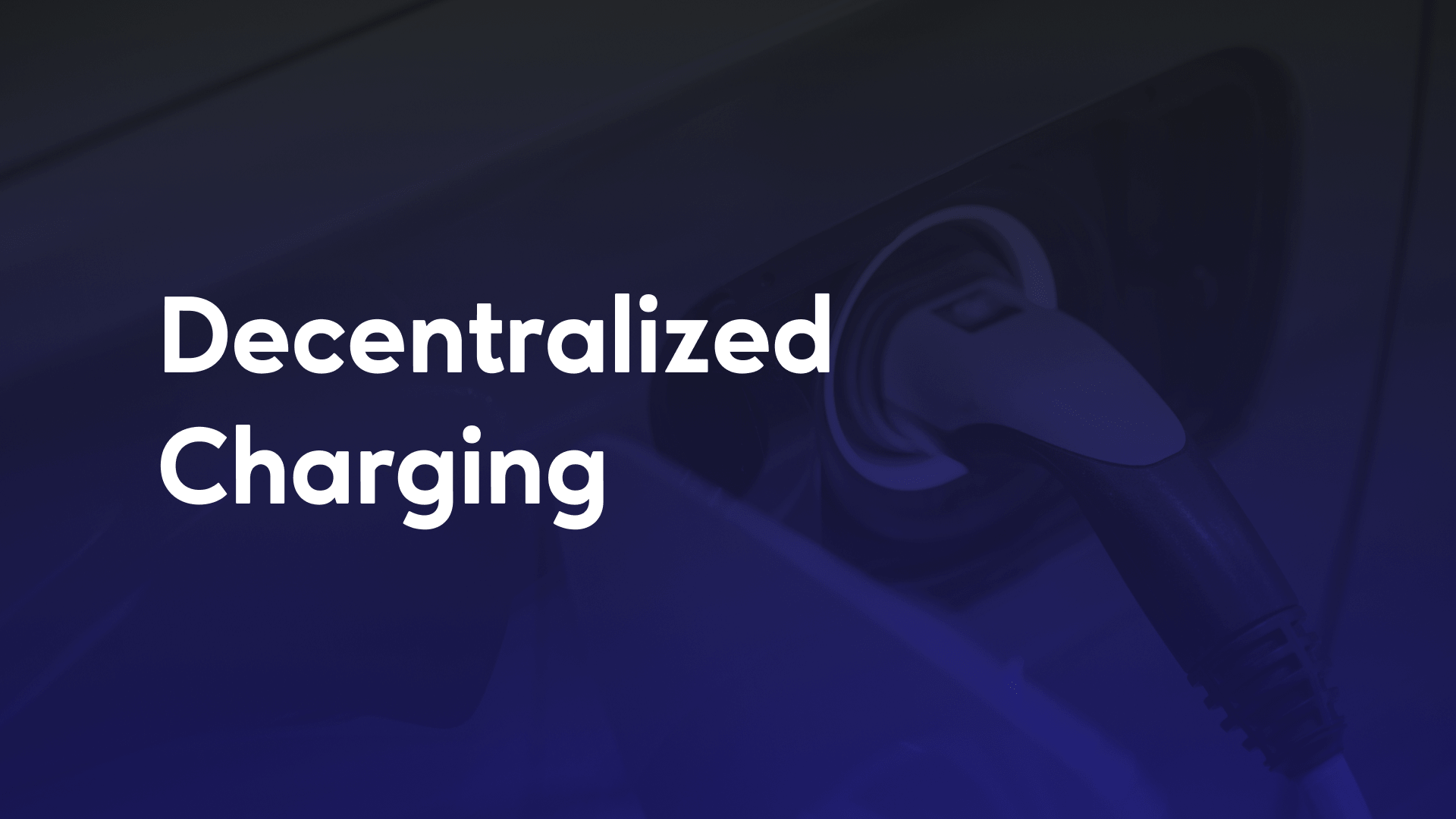 Last year the number of electrical vehicles grew to almost eleven million globally, an increase of three million on the previous year. China is in pole position with 5 million electric vehicles, followed by the USA with 1.77 million and Germany has just over half a million. By 2030 these numbers are expected to skyrocket to 116 million globally.

You might not be able to hear it, but the pedal is well and truly on the metal in the electric vehicle market. Are we prepared? Not at all.

Bits and Pieces
Anyone traveling from Berlin to Munich in an electric vehicle today fears they will run out of juice on the way. This isn’t due to a lack of charging stations. There are hundreds of providers of charging cards and charging contracts in Europe alone. There are also hundreds of operators of public charging points. Half a dozen so-called ‘roaming providers’ try to enable the charging cards to work with as many charging points as possible. A patchwork of competing and collaborating entities trying to balance profitability with delivering on their core service offering; charging cars.

The result is that even though huge investments in new charging stations have and are being made, electric vehicle owners still suffer from range anxiety, the fear that they won’t find a charging station and subsequently run out of charge. Range anxiety is the biggest issue for the electric vehicle market because it doesn’t just affect existing EV drivers, it is keeping huge amounts of potential drivers out of the market, leaving more diesel and petrol cars on the road every day.

The fragmented charging landscape also keeps potential EV drivers out of the market because of how confusing and inefficient the charging process is. Anyone who wants to charge their car in Europe has to use any one of a plethora of different charge point providers which all have their own customer database and varying payment methods. What this essentially means is that a car owner needs to go through the same laborious registration process over and over again whenever they switch providers. This leads to a situation in which users must have multiple data-rich accounts, apps and charging cards, not to mention a lot of time and patience.

The electric vehicle market needs a solution which unites all competing and collaborating providers, which drivers can leverage to access any charging station, anywhere with minimum friction. peaq have worked on this for over two years. But before diving into the solution, let’s have a look at where current attempts to achieve this without blockchain technology have led to.

In 2014 ISO 15118, also known as “Plug&Charge” (P&C), was published. It was supposed to solve the fragmented charging infrastructure issue and improve user experience by automatically starting charging sessions once cars connect to charging stations, instead of drivers needing to manually authenticate using their charging cards each time. Unfortunately the standard has several drawbacks, leading to implementation issues and a lack of adoption.

P&C needs central roaming platforms to act as intermediaries between all the different Charge Point Operators (CPO) - entities that provide charging stations - and Mobility Service Providers (MSP) - entities that provide charging contracts - so that a charging station is able to identify an electric vehicle and verify that it has an active charging contract. These central roaming platforms are expensive intermediaries, creating high costs for CPOs and MSPs in order to connect their charging infrastructure and users to the platform.

Why Tesla won’t solve this problem

There is hope that Tesla can solve the fragmentation issue by opening up their charging infrastructure to EVs from other manufacturers. Even though it will increase the overall availability of charging stations, this won’t allow any EV to seamlessly charge at any charging station. If anything, it makes the situation even more fragmented with Tesla as another large Charge Point Operator with their own customer database, authentication and payment methods requiring non Tesla drivers to sign up and create a Tesla account. Tesla will be unlikely to be willing to pay high costs for making their infrastructure P&C ready through connecting it to central roaming platforms since they are the ones technically doing everyone else a favor, not the other way around.

The Decentralized Charging Solution
An open, decentralized solution which can be run and governed by all stakeholders - from OEMs, to Charge Point Operators, MSPs and Energy Providers. The solution solves the fragmentation issue by making the digital elements of the charging infrastructure neutral - not owned or run by one central entity, but by all stakeholders, whether collaborating or competing. It enables peer-to-peer transactions to be automatically executed using standardized business logic known as smart contracts - contracts that can be executed without the need for intermediaries. It represents an ideal situation for Distributed Ledger Technology to be used, since DLT’s core breakthrough is decentralized governance. It allows for the creation of open and permisionaless solutions like this one.

How it works
Smart contracts make each step in the charging process fully automated. All business logic is executed instantly.

Advantages of the solution

Vision - what else does this enable?

The decentralized charging solution was created to solve the fragmentation issue once and for all while significantly simplifying charging and payment processes and ending range anxiety - opening up the electric vehicle market not just for the whole industry. peaq joined the EU funded GAIA-X MoveID consortium and became the first blockchain company to join the German Association of the Automotive Industry (VDA) in order to give the solution the best possible chance of success in Germany and Europe in the months and years to come.

The process of giving things - in this case vehicles and charging stations - their own Self-Sovereign Identity, payment and access management software via our solutions platform doesn’t just enable decentralized charging. For vehicles it also enables data sharing and smart parking just to name a few. But it also enables myriad other decentralized solutions to be created for any kind of machine.

This is at the core of what we do at peaq with our solutions platform. We give any thing a digital ID, a wallet and a key, so that they can independently provide and render all kinds of services in the machine economy. Services for other things, businesses and people - turning otherwise idle machines into efficient revenue streams for their owners. 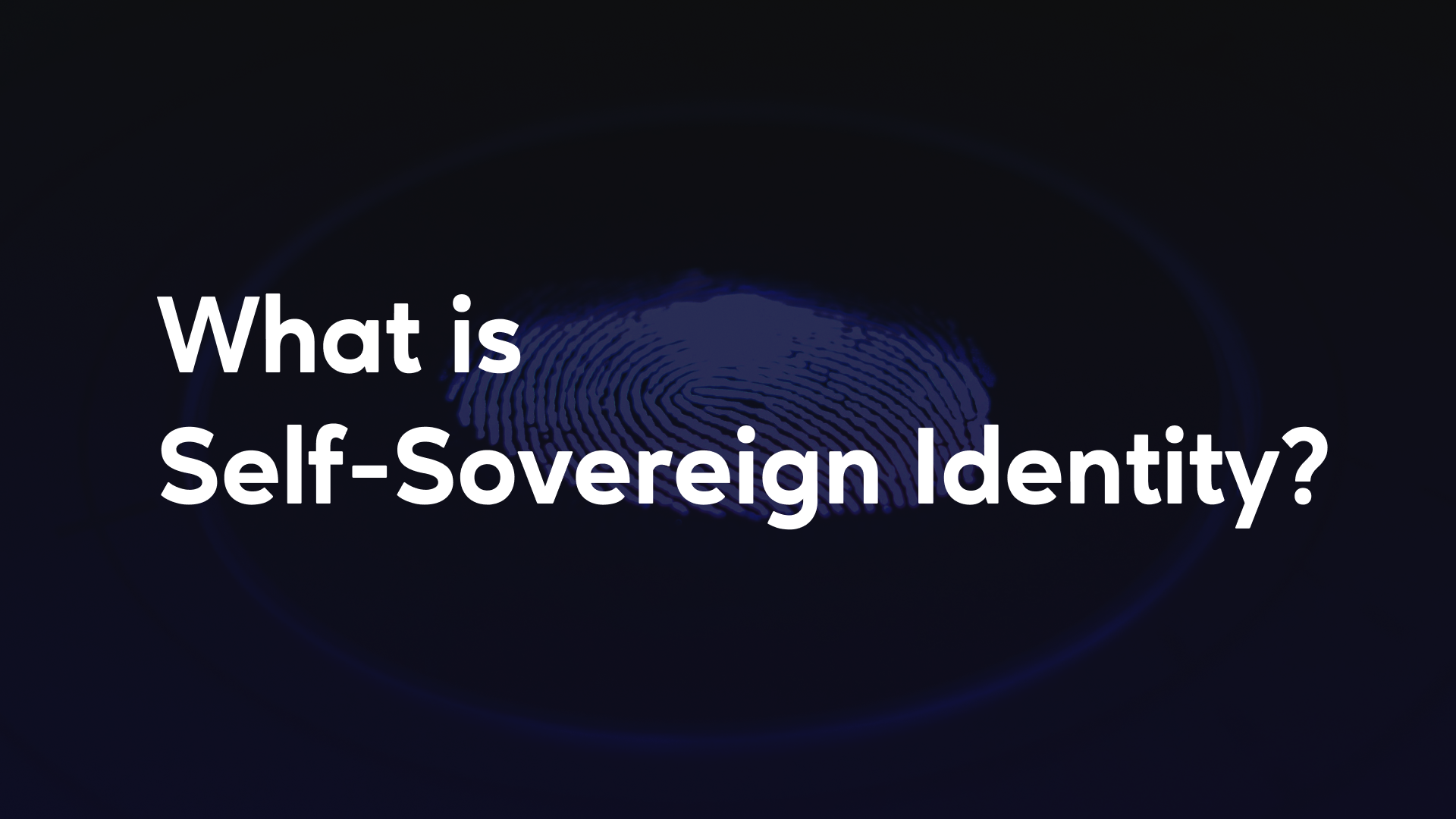 What is Self-Sovereign Identity and how does it work?

The main principle behind SSIs is that identity information and associated data should be more easily accessible, secure and private in the digital world as it is in the physical world.